A rare and exciting exhibition for lovers of art and history

Through carefully curated artwork by Dr. Samuel Berthet, this exhibition includes visual material that’s never been seen before in India along with accompanying text by historians and experts; the exhibition is centred around a series of stories: a journey through the lives of 12 Indian rulers and French-speaking officers serving under them during the 18th and the first decades of the 19th century. Sharing court life, some even ruling over vast jagirs, these officers commissioned, or sometimes themselves put together, collections of manuscripts and paintings.

Today, many of these priceless treasures are to be found in Paris, in the Bibliothèque Nationale de France (BNF), and are displayed for the first time in India. The high-resolution pictures allow the general public a rare access to a selection from these unique albums, normally restricted to a handful of accredited researchers.

With brief biographies of these 12 rulers and their French-speaking military officers, the first section offers historical sketches of a tumultuous but rich phase, just before the subcontinent passed into British hands. This was a time when the French presence was a significant factor in India — beyond the officers who sought fortunes under rajas and nawabs, the association was an all-encompassing one, ranging from art, the flow of ideas, a historical gaze, and the introduction of French military technology and organisation in India. 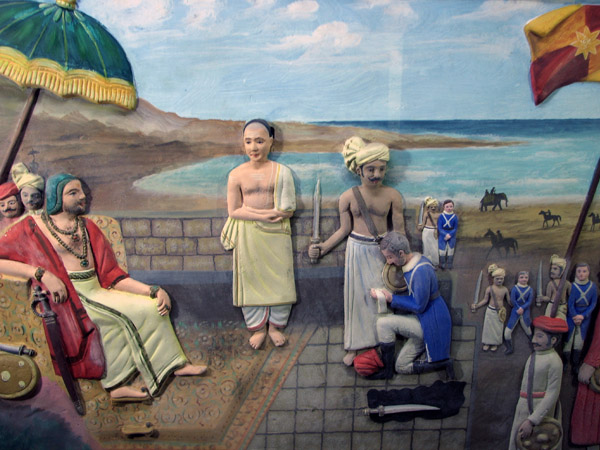 The second part displays a selection of Indian sacred texts, showcasing both the wide variety of materials preserved in the BNF and the immense religious diversity of India.

The third section takes us to the world of the Firangees. How did they project themselves during their sojourn in the East, and how were they represented by indigenous miniature artists? Theirs was a presence mediated through the circulation of Western religious and secular images adopted and adapted by court painters. Some of these Frenchmen also commissioned Indian artists to illustrate albums on Indian history, numismatics and botany, based on the knowledge of South Asian scholars. Finally, the focus shifts to the colonial gaze, as in the early 19th century, artists from the Coromandel region were commissioned by administrators of French settlements in India to make a multitude of albums in the form of surveys. 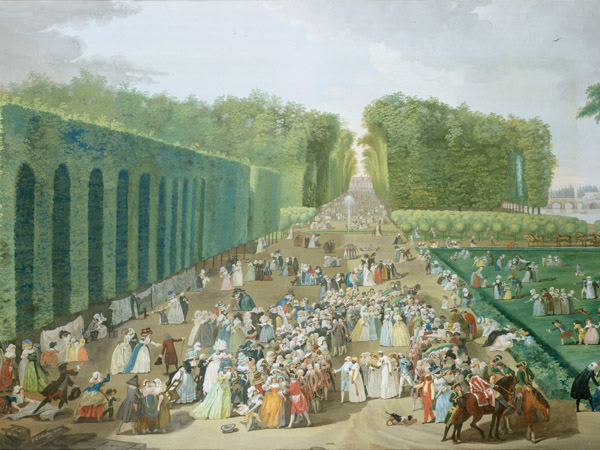 Promenade of the Ambassadors of Tipu Sultan in the Park of Saint-Cloud, 1788

However, thanks to a shared vision of the Alliance Française de Delhi and the United Service Institution of India, this project – inspired by an Indian officer, Col. Pillay could be realized. It is also a witness to the close relationship, trust and bond that both France and India maintain. 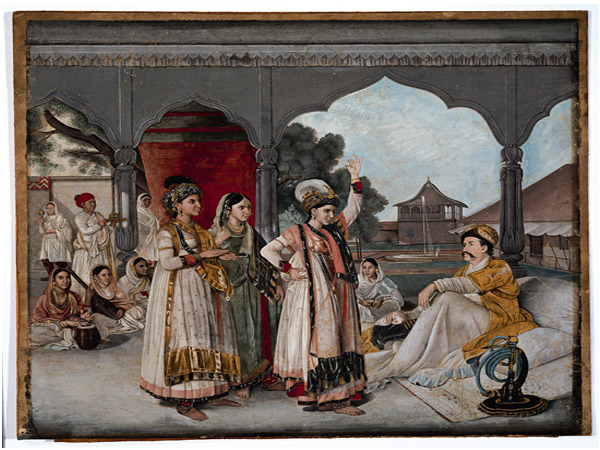 Amongst many others, two prominent institutions from France and India have come together to make this event possible. Bibliothèque Nationale de France (BNF) and National Museum have played a key role in this exciting project. This event would not have been possible without the important contribution of many partners, namely, Godrej, Thales, French Embassy and Institut Français in India, L’opéra, Goyal Publishers and without to forget Alliances Françaises from Chandigarh, Pune and Bangalore.