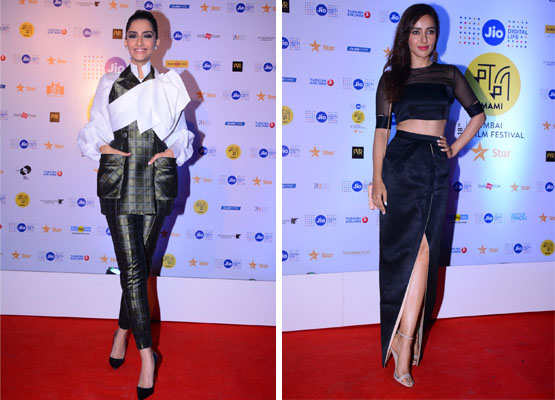 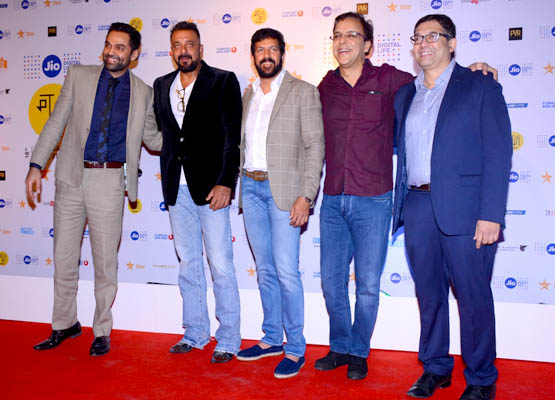 Speaking on the occasion, Mrs. Nita M. Ambani, Founder and Chairperson, Reliance Foundation & Co-Chair, MAMI Board of Trustees said, “It has been an incredible week of cinema at the Jio MAMI Mumbai Film Festival.  It is amazing to feel the energy and enthusiasm at the film screenings, in-depth discussions, masterclasses and the like.  Every year, we look at introducing new facets to enhance the overall experience at the festival and we’re glad that it has been received well.  I am personally so thankful for the tremendous outpouring of love and support not just from the film fraternity but from the audience alike.  More than ever, we are inspired and motivated to continue to take the Jio MAMI Mumbai Film Festival to greater heights and plans are already underway to make the next edition bigger and better.” 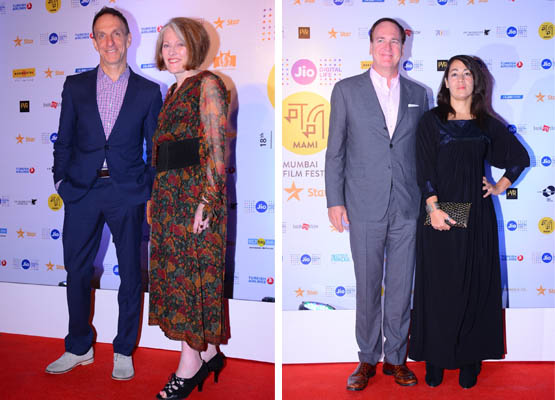 Uday Shankar, CEO, STAR India said, “Star’s association with MAMI is an endeavor to connect the city to world-class content and provide an amazing platform for young, creative talent. Many phenomenal stories created by fresh talent were showcased in the festival and received an overwhelming response from the viewers. In its 18th edition, the festival also introduced television vertical for the first time ever and we are pleased with the conversations it has stirred about the potential that storytelling on this medium holds today. Our compliments to the accomplished team behind MAMI for their tremendous effort to make it a success.” 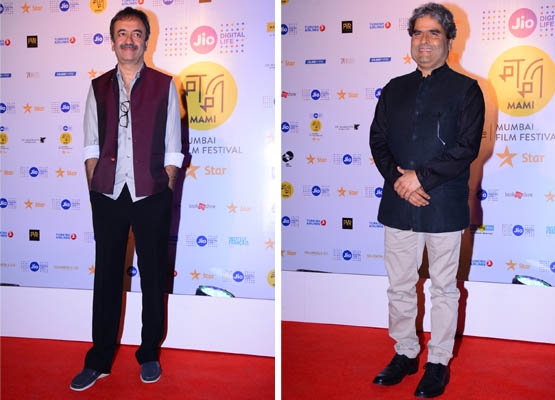 The special guest of the evening was Mrs. Amruta Fadnavis. Delivering the keynote address, Mrs. Fadnavis said, “Jio MAMI has bought an excellent range of movies with all aspects of cinema in a short span of time. It is literally a feast of wonderful cinema from all over the world. In addition to inspiring positive thought in the society, it also does great service to Indian cinema and filmmakers.”

HALF TICKET
The Golden Gateway Award (Feature) – ‘Hang in There, Kids!’ By Laha Mebow.

The Golden Gateway Award (Short) – ‘A Town Called Panic: Back to School’ by Vincent Patar and Stephane Aubier

​​The Jury announced The Excellence in writing on Cinema Award (English) in favor of Jai Arjun Singh for ‘The World of Hrishikesh Mukherjee’.

Oxfam Award for Best Film on Gender Equality went to ‘Lipstick Under my Burkha’ by Alankrita Shrivastava.

Speaking on the occasion, Mr. Porush Singh said, “MAMI has been a great platform bringing the best of world and Indian cinema to the audiences and MasterCard takes immense pride in recognizing the MAMI Best Female Filmmaker for the year 2016. At MasterCard, we have been consistent in our support to empower and enable women. This award is yet another step in this direction, besides reiterating our commitment towards patronizing art and culture.”

Nawazuddin Siddiqui gave away the ‘Audience Choice Award’ to the movie ‘The Salesman’ by Asghar Farhadi.

Speaking on the occasion Mr. Akay said, “It is a very special moment for us. This is the second year in a row we are partnering with MAMI. It gives me immense pleasure to present the award for Dimensions Mumbai. This year the festival became much more special for us because Turkey was selected as the Focus Country and we had 10 movies which were screened.”

The Jury Grand Prize went to Aicheng Jai Dohutia for ‘The Hidden Corner.’

The Special Mention went to ‘Autohead’ by Deepak Sampath.

The winner of The Silver Gateway Award for International Competition was Ralitza Petrova for ‘Godless’.

The Jury Grand Prize went to the movie ‘Everything Else’ by Natalia Almada.

Special Mention for Political Commitment of the Film went to ‘When Two Worlds Collide’.

The Special Mention went to Macarena Arias for the film ‘Alba’.

Jio MAMI with Star Co-Chair, Kiran Rao said, “We are now at the end of this festival- a Festival that not only showcased work from all over the world but also provided cinephiles a chance to be a part of panels, workshops, and master classes with experts in the field, leaving them with the best of experiences. On this day, I am filled with profound gratitude and satisfaction and I would like to thank all our partners for going out of their way to support us.”

Festival Director, Anupama Chopra said “For the last 7 days, we have all participated in a remarkable film feast. I would like to extend a heartfelt thanks to our amazing audience, our fantastic sponsors and the fabulous film industry in Mumbai for helping us to make this edition such a success.”

Creative Director, Smriti Kiran said, “MAMI 2016 marked a lot of firsts and a lot of victories for us. Vikramaditya’s film world premiered with us, Cary Fukunaga came down for a masterclass, Marathi Talkies, WORD TO SCREEN market, filmmakers bootcamp began and a host of new awards were instituted. But this edition also marked out all the things we need to focus on for next year. Grateful for the overwhelming response. I can’t wait to get cracking on the next edition and give our audiences something spectacular. Our first event for the film club is already set for November.”

The dates for the 19th Edition of Jio MAMI with Star Film Festival were also announced. The event, next year, will take place between 12th October- 19th October, 2017.

The Festival will be back with the screening of ‘The La La Land’ on 23rd November, 2016.