Take a sneak peek into the Gods Summit that depicts the predicament of what humanity has done to itself.

At the Gods Summit- a utopian conversation about the predicament of what humanity has done to itself.

Temsuyanger Longkumer, a London based multimedia artist from Nagaland, will be exhibiting his latest time based work, ‘God’s Summit’ and a group of portraits from the series, ‘SUPERSTARS, Portraits of Remarkable People I Have Met’. 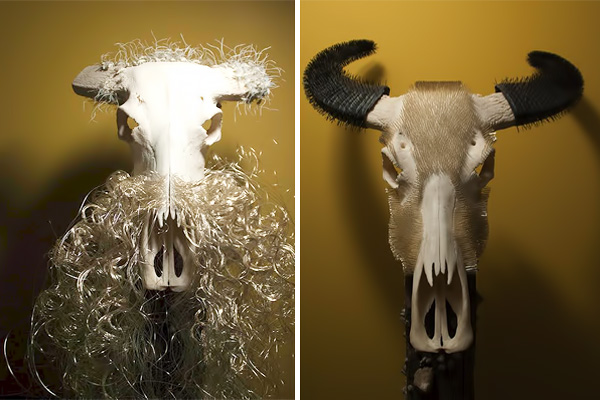 After completing his MA in Baroda, Temsuyanger lived and worked in Delhi, before eventually moving to London in 2001 for further studies at the Royal College of Art. His latest work, ’God’s Summit’, portrays a meeting of the Gods and Prophets in deliberation over historical and present day events.

Temsuyanger Longkumer is a London based multimedia artist from Nagaland. After completing his MA Graphics in Baroda he lived and worked in Delhi before moving to London to study Printmaking at the Royal College of Art in 2001. He now returns to Delhi for this solo show of his new works at the India International Centre. 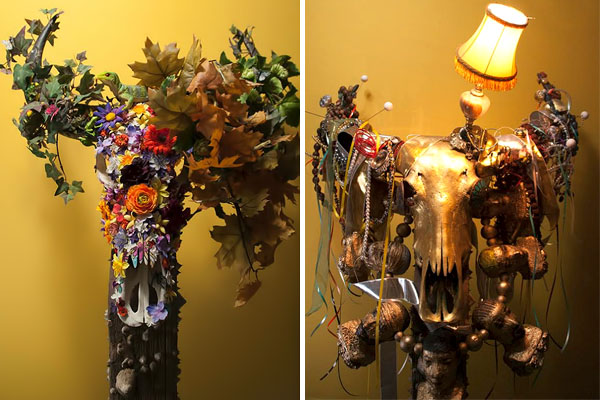 His latest work, ‘Gods Summit’, envisions a utopian conversation amongst the Gods and Prophets about the predicament of what humanity has done to itself.

In the installation a tent functions as the symbolic meeting place of the summit. Collaged sound clips from films in multiple languages form the Gods’ deliberation, with translation projected nearby. Temsuyanger highlights events from global history at some key pivotal moments where irreversible change has occurred. This seminal piece of work raises the question of what it means to have power, control, authority, wisdom, vision.

Surrounding the installation are photographs of the series of sculptures ‘SUPERSTARS, Portraits of Remarkable People I Have Met’. Buffalo skulls form the base of the sculptures, each crafted with various materials to characterize the individual protagonists. The use of buffalo skulls originates from the traditional Naga practice of adorning dwellings with animal skulls to commemorate special events. Temsuyanger is referencing this dying culture and adds personalized symbolism to these portraits.

The juxtaposition of the two works in this exhibition reflects on Temsuyanger’s interest in spiritual belief systems, archetypes and inspirational characters as well as overlapping truths in a multicultural society.

The exhibition Gods Summit will be at the Art Gallery, Kamaladevi Complex will remain on view until 19 April 2017, 11 am to 7 pm.