Ashwini Bhide Deshpande is a renowned vocalist of the ‘Jaipur Atrauli’ Khayal Gayaki tradition and her unparalleled contribution to Indian classical music has won her widespread acclaim, awards and citations. She was the first female Hindustani vocalist who was decorated with the prestigious “Rashtriya Kumar Gandharva Samman” in 2005 by the Government of Madhya Pradesh. She was also the recipient of the Sangeet Natak Akademy Award for 2014.

The Sarod maestro Ustad Amjad Ali Khan who was the other performer of the evening needs no introduction as the most popular Sarod exponent across the world. Ustad Amjad Ali Khan is a living legend and has played an exceptional role in enhancing the popularity of Indian classical music across the planet. The wizard of Sarod has performed worldwide and is the recipient of several prestigious awards like the UNESCO Award and Padma Vibhushan.

The festival finished on a high note and the audience was completely mesmerized by the revered exponents of our country’s classical music.

The Department of Art, Culture and Languages, Govt. of Delhi and Sahitya Kala Parishad, have collaborated to present the Delhi Classical Music Festival, which witnessed on its third day, performances by Legendary Vocalist Pt Jasraj, enthralling musical performances by Lakshay Mohan and Aayush Mohan Gupta and a euphonious rendition of Sitar by Ustad Saeed Zafar Khan. This Festival of Classical Music is showcasing multiple genres of music and brilliance of the country’s classical music traditions.

Disciples of the legendary Pt. Ravi Shankar, Lakshay and Aayush are the first Indians to be invited to perform at The Grammy Museum, Los Angeles for the opening of the exhibition – “Ravi Shankar: A life in music”. Yesterday, they opened the third evening of the Festival with a unique Sitar-Sarod duet performance that enthralled everyone in the audience. 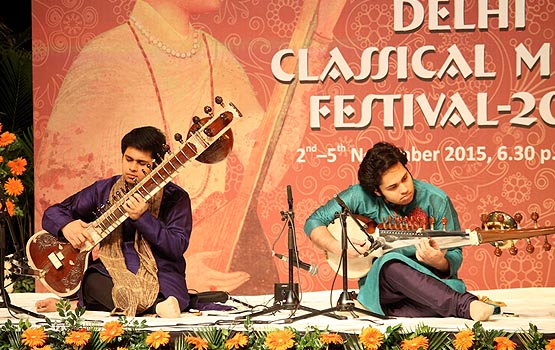 The evening culminated with a memorable performance by the legendary Hindustani classical vocalist Pt, Jasraj who is known for popularizing Hindustani Classical Music on the global map. At home, his contributions have earned him 3 Padma Awards – Padma Vibhushan – 2000, Padma Bhushan – 1990 and Padma Shree – 1975. 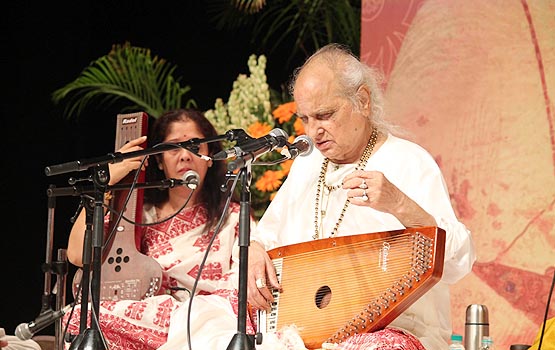 “In recent years there has been an animated debate on whether our classical music is losing out to the modern pop culture. However, when I see young music enthusiasts eager to learn our classical traditions and keen to master their hands in it, I feel confident of a bright future for our indigenous music. We need more such festivals to encourage young talent on the scene,” says Ustad Amjad Ali Khan. 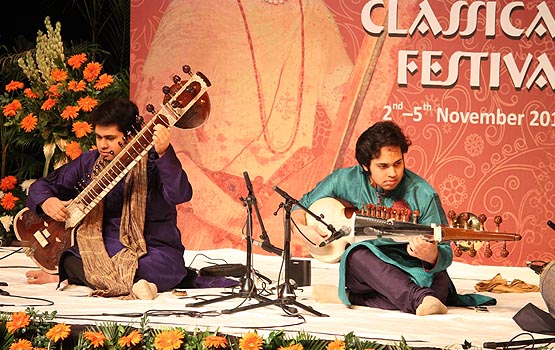 The music festival has delighted classical music lovers of Delhi and will end on November 5 with a vocal recital by Ashwini Bhide Deshpande and sarod recital by Ustad Amjad Ali Khan.