India Couture Week came to its final culmination with a grand ceremony at the Bikaner House in New Delhi that got a special make-over thanks to Rohit Bal.

With all its glitz, glamour and grandeur, the couture week presented by ten Indian designers in ways big and small, in colours bright and subtle and at venues here n there, brought about a stir in the otherwise unkind weather. Bringing you sneak-peeks from the final days… 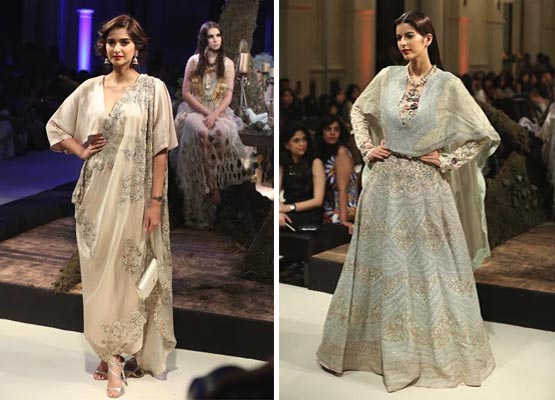 Anamika Khanna Couture Collection 2016 with Sonam Kapoor as her showstopper

Day three was closed by Anamika Khanna who presented her fusion couture collection that was stylish, chic and elegant. Soft pastels, fiery reds and even black defined the colour palette while 3d flower petals in organza, zardozi, kalamkari and dori was the kind of craft used to create the majestic line. Concept note- timelessness, the transition from ‘was’ to ‘is’ and Showstopper was Sonam Kapoor. 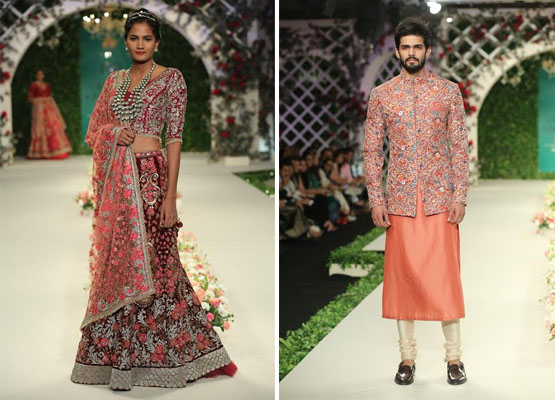 Day four belonged to the young and energetic designers like Varun Bahl and Gaurav Gupta. Varun called it ‘The Vintage Garden’ a reiteration of the bygone florals that once ruled the couture industry with rich embroideries in silken thread. The colour palette shifted from soft shades like the pale pink, ivory, duck-egg blue and pistachio, to stronger tones of burgundy and midnight blue. The collection was sophistication redefined! 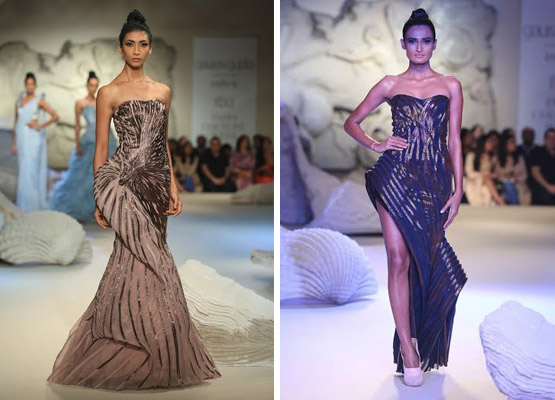 The second showcase was by Gaurav Gupta who presented his line with fine work of Swarovski crystals. A bold collection that mostly saw dresses in off-shoulder and fine cuts at the curves defined as a dazzling expression of creativity. From shades of rose colors to whites and reds, the collection was a definite take on couture for the modern woman. 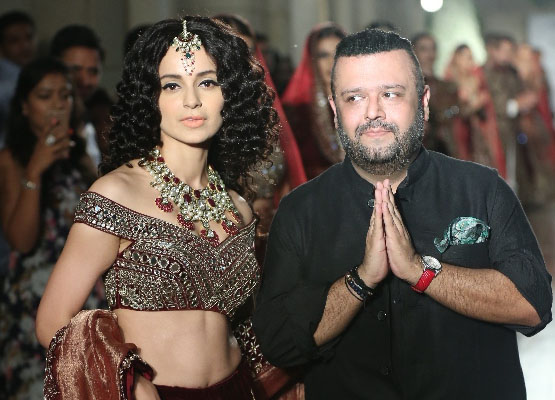 The fifth and the final day had Manav Gangwani and Rohit Bal. Interestingly, Manav debuted his latest ‘Manav Gangwani India’ label titled ‘Begum-e-Jannat’ urdu for the queen of heaven, with inspiration drawn from the Royal Mughal era, with a showstopper as stunning as the Bollywood goddess herself, Kangana Ranaut. 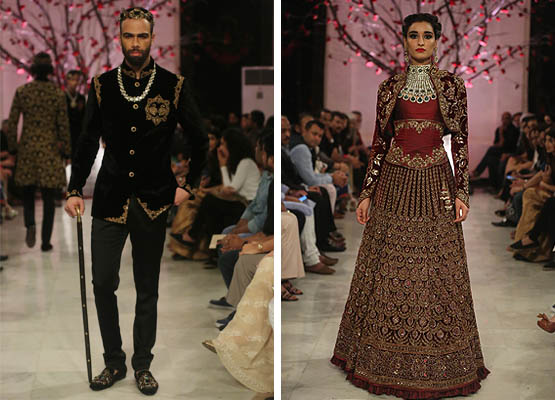 The touché moment presented by Rohit Bal was a collection inspired by the Russian Czarist Regime with flowing robes, long gowns, capes, bejewelled headgears, tiaras, fine thread and zari embroideries on deep shades, titled KEHKASHAAN- The Return of Opulence. Accessorised by jewellery from Shri Ram Hari Ram Jewellers, with mesmerising crowns, belts, sashes, bejewelled collars and cuffs and the glittering footwear, Rohit has once again stunned his audience by the sheer brilliance of his work, a remarkable effort that brings to front, in his words, “The unparalleled talent of our Indian kaarigars.”