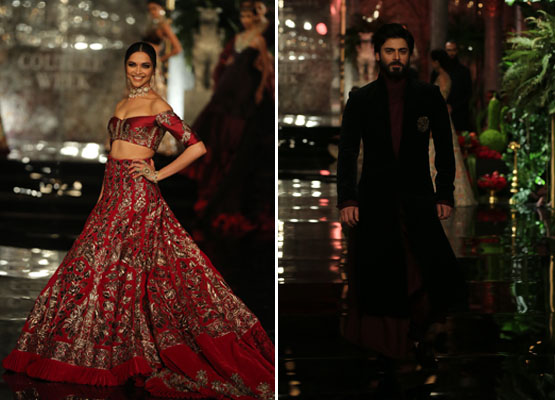 The grandeur, the opulence and the magnificence that comes with the craftsmanship of a couturier was proved yet again with Manish Malhotra enticing his audiences at the opening show of India Couture Week 2016. 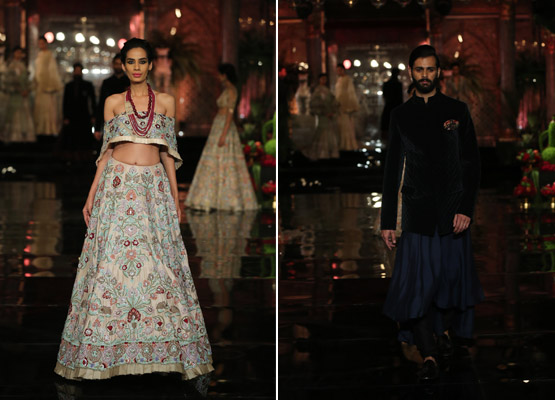 A star-spangled night that bedazzled everyone with fineness of work and the richness of textures intertwined with elements of incredibly sharp embroidery and marvelous weaves, have clearly set Malhotra apart for his creative excellence.

Manish Malhotra, the opening designer for the India Couture Week 2016 enthralled the select audience that witnessed his creations making it a night to remember, A Persian story weaved through his creativity. 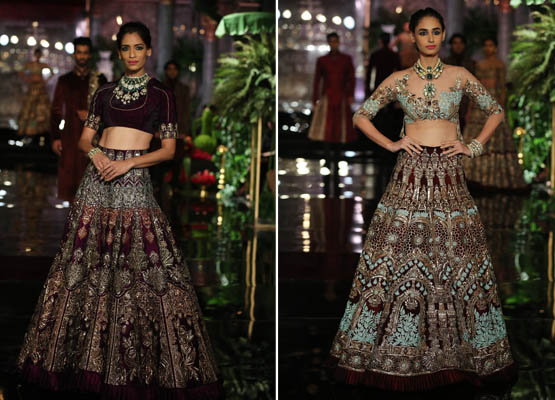 The showstoppers for his show, Stunning Deepika Padukone in a bright red lehenga set with gold embroidery and the dapper Fawad Khan in a regal outfit looked nothing less than the royalty, itself!

It indeed was an affair to remember! Inspired by the Persian architecture, the collection in bright rich fabrics with remarkably fine embroideries on gowns, lehengas, cholis, off shoulder blouses and achkans teamed with pathani salwar brought about the richness of the country that has some of the most incredible structural designs from around the world. Add to that the famous craft of Persian embroidery inspired from its flora and fauna. Malhotra did a splendid job of putting together the opening show.

More than two decades of creating well defined Indian couture and setting the industry trends have truly made Malhotra the ruling king of couture. In a nation where fashion is defined by Bollywood blockbusters, Malhotra savors the prime position when it comes to set the ball rolling.

This July is special for him because it also marks the completion of eleven golden years for his label. His Delhi stint started six years ago with India Couture Week only and this year incidentally he flags off the entire show. The only Indian designer to open a sprawling 9000sq ft huge store, Malhotra is all starry eyed with the spotlight shining bright on him.