Stretched Terrains – Land, Its People & art in between

The Kiran Nadar Museum of Art will be exhibiting a set of seven independent yet interconnected exhibitions under the rubric of Stretched Terrains –  curated by Roobina Karode, which shall be on display from 3 February – 31 July 2017 at KNMA, 145 DLF South Court Mall, Saket, New Delhi. 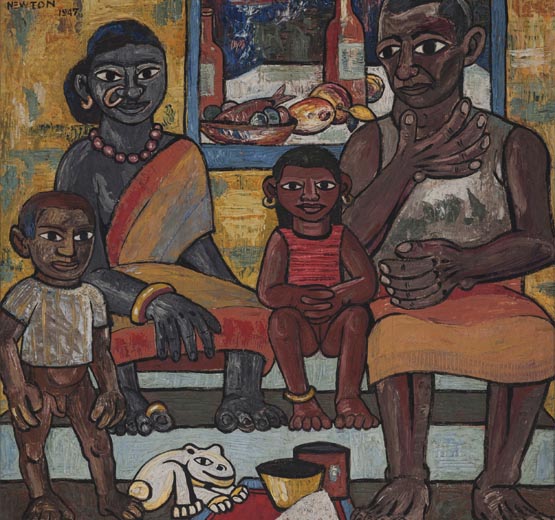 Imagining the multitude of landforms, their physical features and fundamental natures that may stand as parables for an art scene that is as diverse as the geo-societal features of the country, Stretched Terrains desires to rewind, excavate and re-examine a set of enquiries around ‘modernity’ that came up in the past decades.

In its entirety this manifold exhibition brings out the multiform, tenors and textures of modernism in Indian art through three profound exhibitions of M.F.Husain, F.N.Souza and S.H.Raza, and an exhibition highlighting the works of five architects and seminal architectural buildings in Delhi.

On another axis, it strings together works of contemporary artists, Atul Dodiya, Mithu Sen, Pushpamala N. and Navjot Altaf, who critique as well as play with the modernist vocabulary at various junctures. Providing an exciting interstitiality between these two approaches are Parthiv Shah’s photographs of Husain and the films and documents from the Vision Exchange Workshop held in Bombay 1969-1972.

The exhibition refers to the post-independence moment of ‘nation-consciousness’, the inquisitive yet anxious rigour for a self–ruled future of a newly independent nation and the euphoria of setting up new institutional structures. It aspires to introspect ideas around ‘progression’, ‘developing the urban’, ‘strengthening the rural’ and ‘making the nation-state’. The exhibition invites the viewer to re-enter this terrain as a stranger, and respond to the mutuality and the stakes a new nation holds in ‘internationalism’. 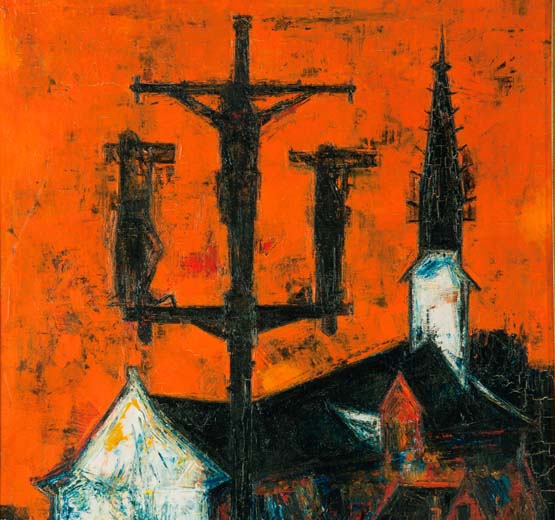 Along with this it probes through the binary of the ‘symbolic’ and the ‘archival’. This exhibition is a consortium of different ingenious pursuits, proposals and vocabularies. They are evident in architecture, visual arts, films and writings.

These seven exhibitions open a sequence of meditations such as on the spaces of public gathering, be it through Husain’s rendition of the village fairs or Raj Rewal’s architectural conceptualization of the ‘Hall of Nations’; a place for trade fairs and expos; or through Navjot Altaf’s watercolours of glass and steel constructions and architectural grid structures.

Another trait of the exhibition is an impulse towards seeking a disrupted continuity as seen in the reconstruction of Akbar Padamsee’s lost film ‘Events in a Cloud Chamber’ by filmmaker Ashim Ahluwalia, or in the playful insertions by Pushpamala in her series of photo-performances ‘Native Women of South India’.

According to Mrs. Kiran Nadar​, ““This large exhibition presents much new juxtaposition, experiments and projects for the first time, and also emphasizes the strengths of the KNMA collection with seminal artworks. We are very glad to make art historical investigations of this scale and tenor possible.”